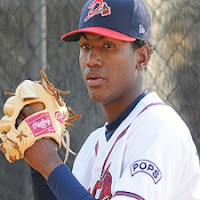 The Next Big Thing - Julio Teheran
This 20 year old Columbian pitcher is projected as a staff ace; recently rated the #5 overall prospect/#1 overall pitcher by Baseball America. Teheran throws a fastball that touches 97, a plus 12-6 curve and a plus changeup. Expect big things from him in 2012. 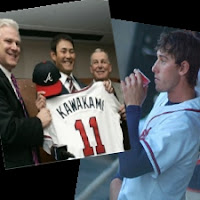 Most Disappointing -
Jordan Schafer/Kenshin Kawakami
Pick your poison- Schafer was once a can't miss-top prospect who homered in his first major league AB; since then he has been in a tailspin, hitting .201 in 58 games with AAA Gwinnett in 2010. Kawakami, A Japanese pitcher the Braves signed to a 3 year deal, went 1-10 with the club in 2010. 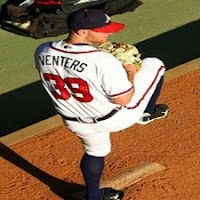 Most Under The Radar - Jonny Venters
Very quietly had been a dominant force in the Braves bullpen. His career numbers include a 2.00 ERA, 93K, 39BB, 1.17 WHIP in 85 innings pitched. 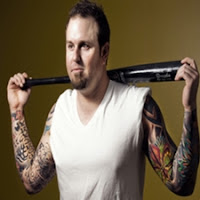 Most Fun - Peter Moylan
This tatted-up Australian sidearmer seems like a really cool, down to earth guy; check out his Twitter and you would probably agree. 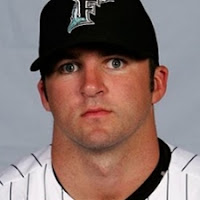 Most Likely To Jump In A Fight -
Dan Uggla
Uggla is known as a great teammate and very nosed ballplayer. Plus- does his scoreboard photo make him look like a serial killer in some ways? 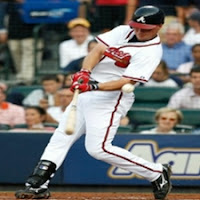 Best Swing - Chipper Jones
Chipper has always had a great stroke; ESPN recognized it as one of the top 10 in the game in 2009. 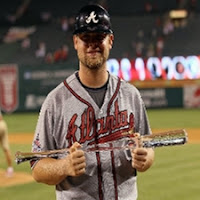 Most Respected - Brian McCann
McCann never shows a hint of cockiness in interviews or while he plays; he has always been a fan favorite. A quiet star with a growing trophy case, McCann successfully goes about his business without drawing much attention to himself. 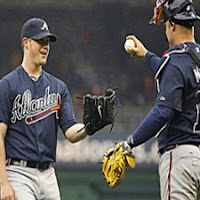 Best Stuff - Craig Kimbrel
When the Braves are on the road, fans of the home team may start hitting the exits. Through this point in his career- Kimbrel has the the highest strike out rate to batters faced in major league history. 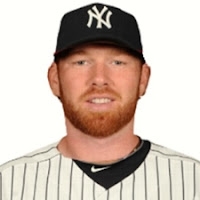 Most Likely To Be A Yankee -
Tommy Hanson
Hanson hired Scott Boras for an agent in 2010, likely trying to cash in when he becomes an unrestricted free-agent in 2016. 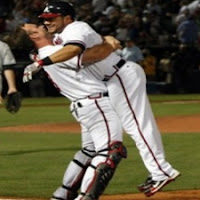 Best Teammate - David Ross
Ross could start for several other teams in the major leagues, but instead enjoys his role as the Braves backup. Ross plays hard, is recognized as a GREAT clubhouse guy and usually produces when called upon. 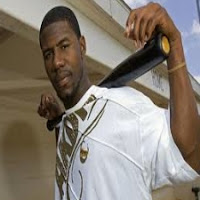 Most Swagger - Jason Heyward
Jason glides on the bases and in the outfield and is an extremely imposing hitter in the on deck circle. Heyward would easily be tagged as the Braves 'coolest' player. 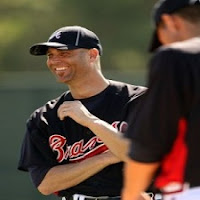 Most Likely To Make You Laugh -
Tim Hudson
If you haven't seen some of his videos of scaring Eddie Perez a few years back, make sure you check that out on YouTube- It's hilarious. 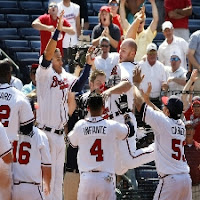 Most Unforgettable - Brooks Conrad
Brooks arguably had the best game (walk-off grand slam trailing 9-3 in the 9th) and worst game (3 errors in game 3 of NLDS) of any Braves player in the 2010 season. Unfortunately for him, most people will remember him for the worst. 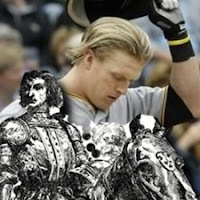 Most Likely Spends Too Much Time On Their Hair - Nate McClouth
Don't get me wrong- I am one of the few fans that still like him, but Nasty Nate and his retro medieval knight hair style is a bit to 'pretty' for a ballplayer.