Email ThisBlogThis!Share to TwitterShare to FacebookShare to Pinterest
Here's an early look at my predictions for the 2012 MLB season. Commissioner Selig has stated he would like to add a 2nd wild-card team from each league as early as this year, making 10 teams eligible for postseason from both the NL/AL. Each of the two wild-card teams would compete in a one-game playoff directly after the conclusion of the regular season, don't really have an opinion either way if I like the idea or not. Anyway, here is my take on the league shaping up in 2012:

NL EAST
• Phillies 99-63
The Phillies are reloaded and look to dominate the NL east AGAIN, contract issues will be a concern past this year, but this group will be a favorite to contend for the NL East, League Championship & WS Title.
• Braves 88-74
The pitching staff is young and talented, but the Braves have question marks at SS, LF and bench depth. The bullpen is loaded, but is it logical to believe the relief corps can replicate the success of 2011? Consistenty from Uggla & Chipper; and rebounding years from Prado & Heyward will be essential for any October baseball being played in Atlanta.

• Marlins 84-80
The Marlins made the big splash in free agency, signing several big-name talented players and welcoming them to Miami's new stadium in 2012. If this team gets hot early- they could be a threat & force to be dealt with for the entire year, but question marks in the starting rotation and team chemistry will keep from returning to post-season.
• Nationals 80-82
The Nationals will be one of the top NL contenders...in 2013.
• NY Mets 68-94
The Mets cleaned house, and it will show early & often this year.

NL CENTRAL
• Brewers 89-73
The loss of Fielder will be felt, but the Brew Crew has enough weapons to capture the NL Central; however- don't look for them to go very far in the playoffs against the other elite teams of the NL.
• Cardinals 82-80
The Cardinals staff will keep the team 'in it' for a while, but this team will feel the effects of changes for 2012, without the core leadership of La Russa & Pujols.
• Reds 79-83
Same concerns every year (pitching) have yet to be addressed and Cincinatti will look much the same as they did in 2011. 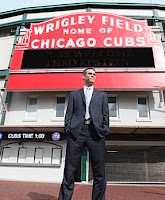 • Cubs 76-86
Epstein will have the Cubs contending in a few more years, but too many holes all-around keep the cubs from being much of a factor in the division.
• Pirates 70-92
The Pirates rarely contend, and they aren't expected to change that this season.
• Astros 54-108
The Stros are moving to the AL in 2013...at least they have that to look forward to.

NL WEST
• Arizona Diamondbacks 94-68
The D-Backs will make a lot of noise under the (national media) radar this season, Trevor Cahill & Aaron Hill should make the the D-Backs the team to beat in the NL West. 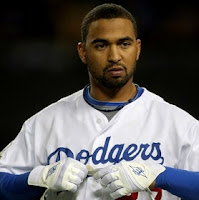 • LA Dodgers 89-73
Finished as one of the hottest teams in 2011, but LA is still another year away from the playoffs.
• Colorado Rockies 86-76
The lineup is solid and full of current/future stars, but will the Rockies pitching staff provide any depth and consistency during the course of the season? Not this year.
• San Francisco Giants 83-79
The lineup struggles to score runs consistently and most agree it will be another up & down year for San Fran.
• San Diego Padres 62-100
It seens that the Padres always exceed expectations, but the rebuilding franchise won't be a threat past the break.

• Tampa Bay Rays 90-72
The Rays can never be counted out, as a team that rarely gets 'out hustled' in their division, this group will surely score runs and compete in the AL East (as always) again this year.
• Boston Red Sox 87-75
The Sox are super-talented, but the team lacks a 'dominant' top tier starter, and that along with change/team chemistry issues in the clubhouse could spell another dissapointing year in Boston.
• Toronto Blue Jays 74-88
The Jays never seem to have any dominant pitching as a unit, and that trend will continue this season.
• Baltimore Orioles 61-101
It would be hard to argue any reason the Orioles won't be destined for their 15th consecutive losing season in 2012. 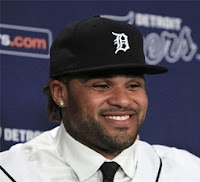 • Detroit Tigers 100-62
The Tigers have a lethal 3-4 combo in the middle of the lineup with Fielder & Cabrera, as well as a dependable starting rotation. This team looks to be one of top contenders in the AL (and beyond) this year.
• Minnesota Twins 74-88
The M&M Bros, Joe Mauer and Justin Morneau, have both been unable to stay on the field with any consistency; Minnesota looks to encounter similar problems again this season.
• Chicago White Sox 73-89
Mark Buehrle, Carlos Quentin & Ozzie Guillen have hit the road. Rookie manager Robin Ventura needs to be a magician, and Adam Dunn must have the comeback year of all-time for the Chi Sox to compete for a wild-card spot.
• Cleveland Indians 71-91
The franchise is retooling well, but still appears to be mediocre in comparison to other MLB teams this season; Cleveland will more than likely finish somewhere in the middle on the NL in 2012.
• Kansas City Royals 65-97
The Royals don't have the pieces in place yet again (shocker) to be much of a factor in 2012.

AL WEST
• Texas Rangers 101-61
The Rangers are solid top to bottom, but will feel pressure from LA in 2012, still- they look to remain the team to beat.

• LA Angels 96-66
The Angels will likely battle all the way to the wire (with Texas) for the division title; the key additions of Pujols & CJ Wilson will have LA smelling blood to unseat the Rangers as AL West Champs.
• Seattle Mariners 68-94
Well...the Mariners are in one race (Felix Hernandez/AL CY Young, that is IF he isn't dealt), and will get a lot of talk on Sportscenter when the Yankees coming calling around the all-star break.
• Oakland Athletics 65-97
The A's aren't exactly playing big-time "Moneyball", cutting their payroll in half and saying goodbye to 3/5 of their young rotation; that along with fielding an already below-average lineup will have the A's out of it by June. 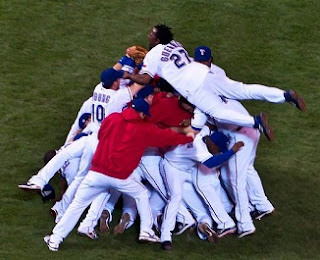