Precarious Champs of The NL East

Email ThisBlogThis!Share to TwitterShare to FacebookShare to Pinterest
After 8 years of yellow banner futility the Atlanta Braves are your NL East Champions. The team stumbled to the finish line, going 7-10 in their past 17 games, but won nevertheless. Football has started, The Dodgers are the media darling and for a team that has faced so many obstacles the mood around the fanbase seems ominous. In Atlanta it can be hard to fully trust any team in the playoffs; heartbreak is common, disappointment is run-of-the-mill and excitement makes you vulnerable.

Atlanta's 2013 season will be remembered as a series of very hot-streaks and overcoming obstacles, The Nationals never seemed to get it rolling and the Braves took off early and never looked back...

They lost their #1 starter in July
Their biggest offseason free agent signing hit .186
Their slugger second baseman was even worse, hitting .181
Their all-star setup men, O'Flaherty and Venters missed entire season.
The player that spent the majority of games hitting leadoff had a .256 OBP
Jason Heyward missed over a month with a broken jaw.

It was a successful season on a number of levels, regardless of what happens in the playoffs. 70% of the experts predictions of ESPN were incorrect, that's why baseball is the best professional sport in America, their are no Miami Heat teams, their is no such thing as 'inevitable', except perhaps to expect the unexpected. 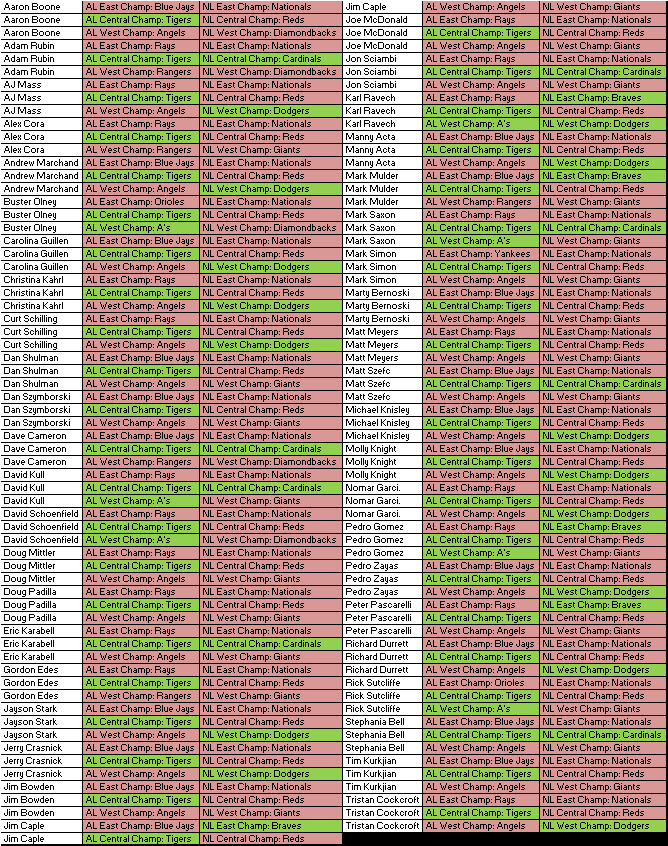