Email ThisBlogThis!Share to TwitterShare to FacebookShare to Pinterest
The Braves did Andruw Jones dirty on his #25, it should be retired (and at the very least put away for a few years) they've let the likes of Ryan Church, Troy Glaus and Juan Francisco wear it already. Andruw spent 11 full seasons with the Braves (97-07) during that time he won 10 consecutive Gold Gloves and was a 5x All-Star; in 2005 he was The Sporting News ML Players of the Year, won both a Silver Slugger/Gold Glove, finished runner-up in NL MVP voting and lead NL in homeruns and RBI. In a 4 year span from 1997-2001, Andruw Jones missed 5 of those 648 games; during that 11 year span he averaged 157 games per season.

But the biggest selling point of all for me is the time in which he played so well. Those 11 years were the 'dynasty' Atlanta Braves, they won 9 NL East pennants during that period. From 1997-2007 Andruw Jones hit 30 more homeruns than Chipper Jones... in that 11 year span he drove in more runs that Chipper Jones... and he played in 140 more games than Chipper Jones. Does the teams biggest run producer, defensive asset and power threat during the 'Dynasty' years warrant some consideration for a retired number at least? absolutely, but the truth is Andruw wasn't the medias Jeff Francoeur and he wasn't in NYC playing alongside Derek Jeter. Andruw deserves better than that from the franchise, at least better than Ryan Church. Come on man! 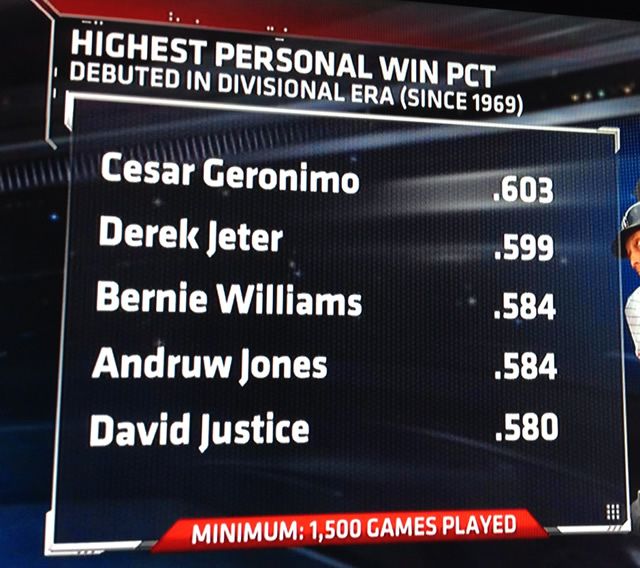