Email ThisBlogThis!Share to TwitterShare to FacebookShare to Pinterest
Here are the best individual seasons by position in the past decade; you may disagree with some. The ones up for debate are Dan Uggla 2011 vs. Martin Prado 2010 (went with power) and Furcal vs. Renteria/Escobar (see below). What do you think? 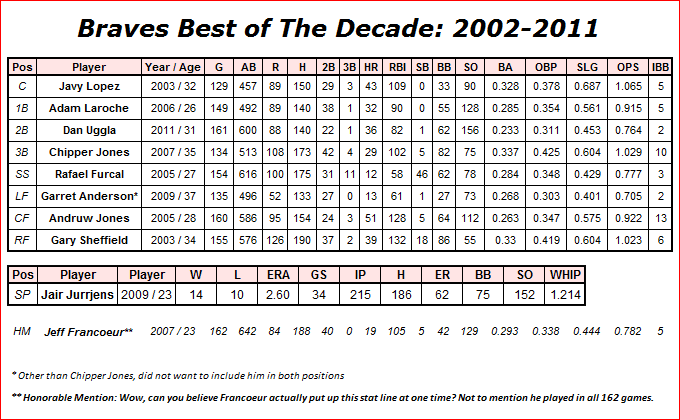 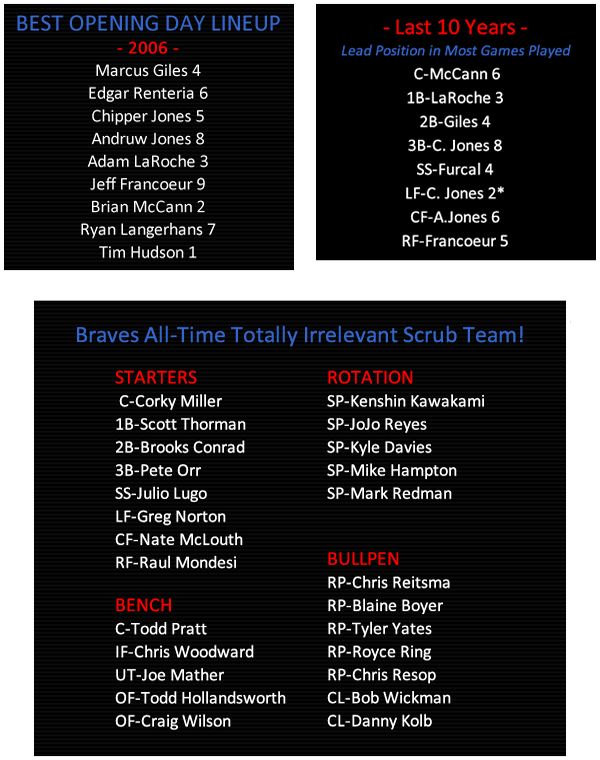 *Surprisingly, a different player has appeared in the most games in LF for Atlanta every year since 2004. The last player to have the most appearances in back to back seasons in LF was Chipper Jones in 2002 & 2003.


Finally- Found this to be interesting today, according to Baseball Almanac Eric O'Flaherty was the Braves top player in 2011. Not bad for a $20,000 contract waiver-wire claim!